PUBG Mobile has partnered with several well-known organizations, celebrities, TV shows, etc. As a result, the game’s popularity has risen even further. In addition, new events also get introduced to keep the players engaged.

Around a week ago, PUBG Mobile’s developers unveiled a collaboration with Koenigsegg, a Swedish automobile company famed for its high-performance sports vehicles. Fans were overjoyed with the association as a slew of new themed products have already been added to the game.

Developers have recently uploaded a promotional video of the Koenigsegg collaboration, revealing the new car skins.

Everything to know about the PUBG Mobile x Koenigsegg collaboration

PUBG Mobile x Koenigsegg content has made its way into the battle royale title, and a new event dubbed 'Speed Drift' has already begun. It began on 1 November and will run until the end of the month.

Through that, players will be eligible to get their hands on the two new car skins named 'Jesko' and 'Gemera.' Each of them has three different variants: Rainbow, Dawn, and Silver Gray.

Players must use UC to accelerate and boost their speed to get better rewards in the event. In the process, they will earn Lucky Voucher tokens which they can use to redeem various items, including 'Koenigsegg Coin,' which is required for claiming the themed skins.

Here's what players are required to get the car skins in PUBG Mobile: 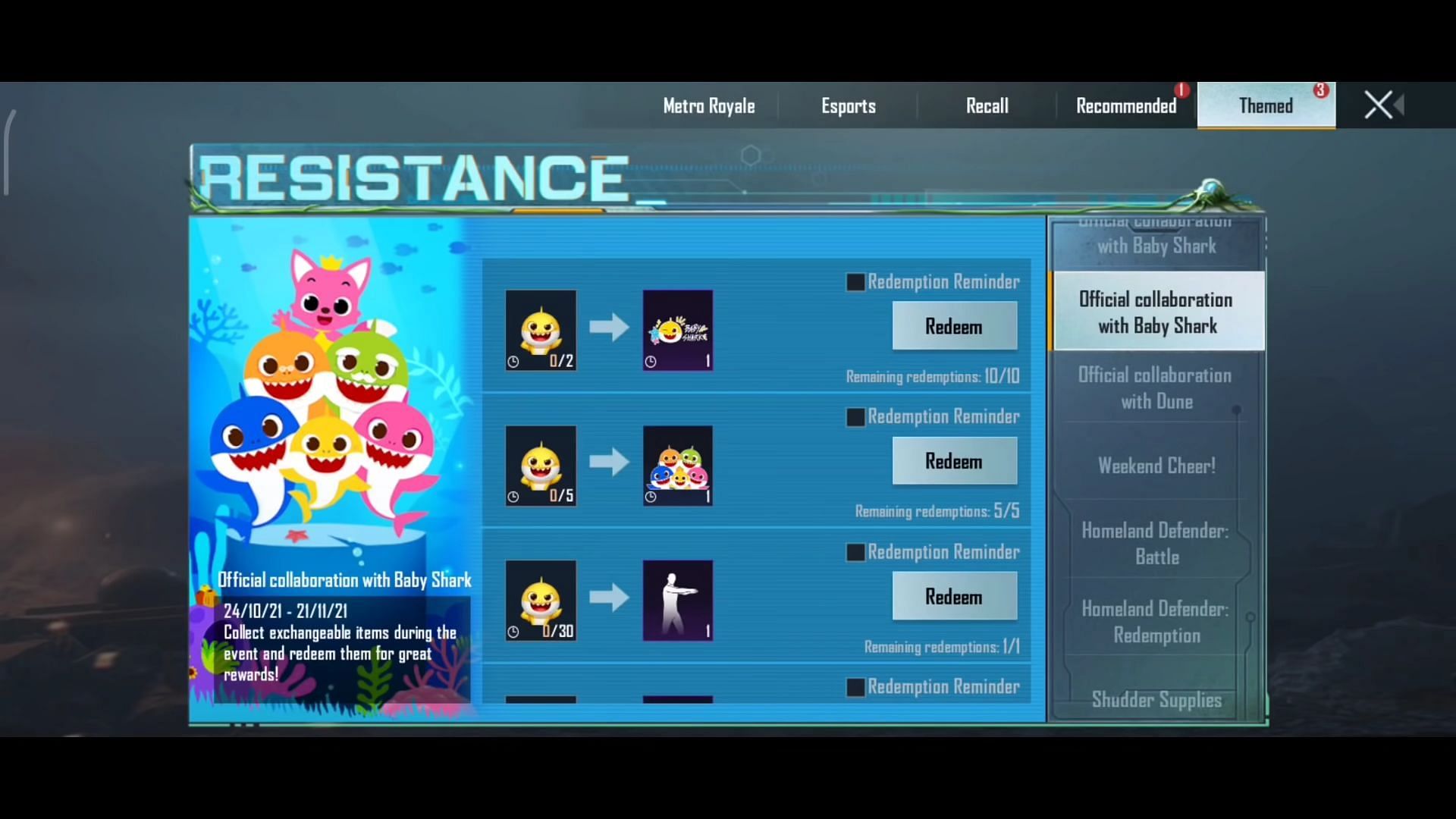 PUBG Mobile also launched a partnership with Baby Shark a few days ago, and there’s an in-game event going on, offering players the chance to get a permanent Baby Shark set.